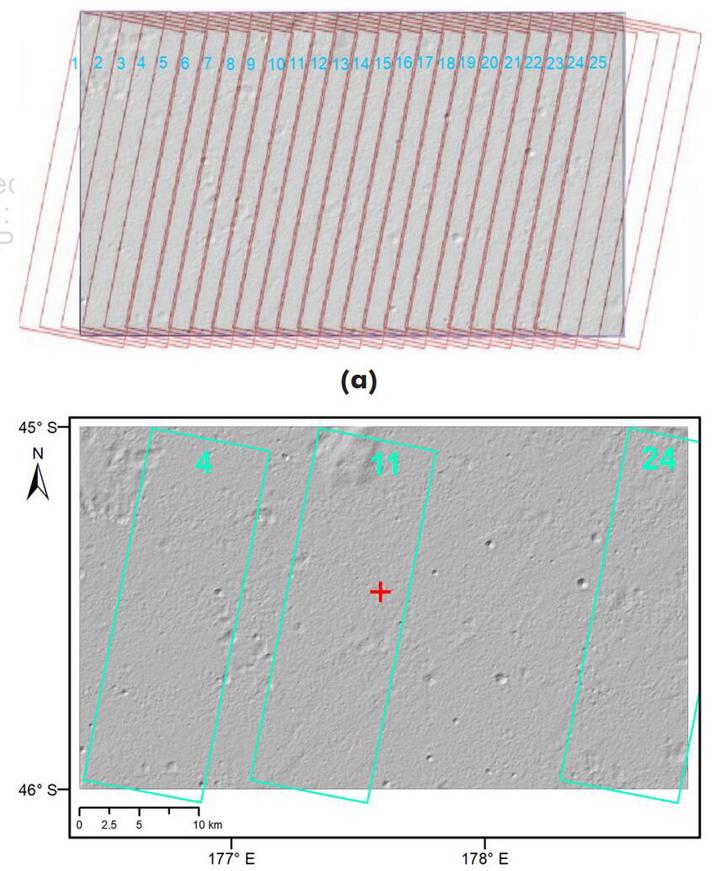 The Chinese lunar probe Chang’E-4 successfully landed in the Von Kármń crater on the far side of the Moon. This paper presents the topographic and geomorphological mapping and their joint analysis for selecting the Chang’E-4 landing site in the Von K’ḿ’aćrater. A digital topographic model (DTM) of the Von K’ar'́an áter, with a spatial resolution of 30 m, was generated through the integrated processing of Chang’E-2 images (7 m/pixel) and Lunar Reconnaissance Orbiter (LRO) Laser Altimeter (LOLA) data. Slope maps were derived from the DTM. Terrain occlusions to both the Sun and the relay satellite were studied. Craters with diameters $≥$ 70 m were detected to generate a crater density map. Rocks with diameters $≥$ 2 m were also extracted to generate a rock abundance map using an LRO narrow angle camera (NAC) image mosaic. The joint topographic and geomorphological analysis identified three subregions for landing. One of them, recommended as the highest-priority landing site, was the one in which Chang’E-4 eventually landed. After the successful landing of Chang’E-4, we immediately determined the precise location of the lander by the integrated processing of orbiter, descent and ground images. We also conducted a detailed analysis around the landing location. The results revealed that the Chang’E-4 lander has excellent visibility to the Sun and relay satellite; the lander is on a slope of about 4.5° towards the southwest, and the rock abundance around the landing location is almost 0. The developed methods and results can benefit future soft-landing missions to the Moon and other celestial bodies.