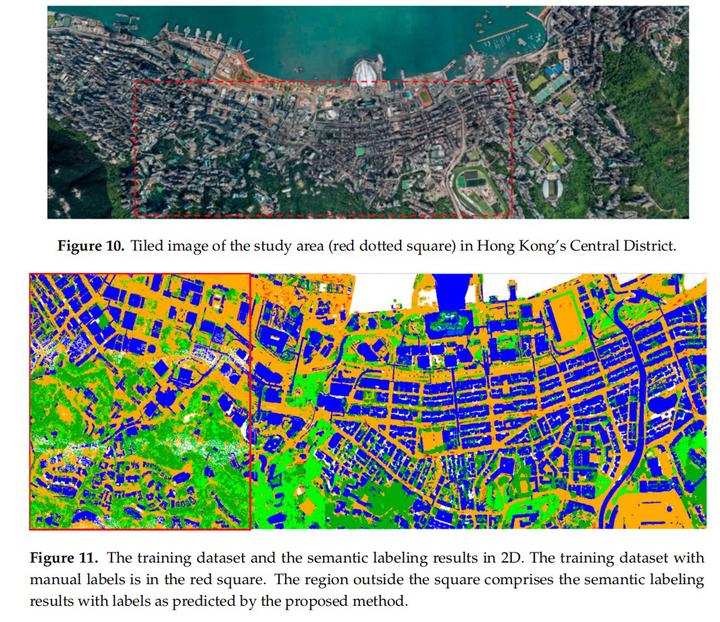 There are normally three main steps to carrying out the labeling of airborne laser scanning (ALS) point clouds. The first step is to use appropriate primitives to represent the scanning scenes, the second is to calculate the discriminative features of each primitive, and the third is to introduce a classifier to label the point clouds. This paper investigates multiple primitives to effectively represent scenes and exploit their geometric relationships. Relationships are graded according to the properties of related primitives. Then, based on initial labeling results, a novel, hierarchical, and optimal strategy is developed to optimize semantic labeling results. The proposed approach was tested using two sets of representative ALS point clouds, namely the Vaihingen datasets and Hong Kong’s Central District dataset. The results were compared with those generated by other typical methods in previous work. Quantitative assessments for the two experimental datasets showed that the performance of the proposed approach was superior to reference methods in both datasets. The scores for correctness attained over 98% in all cases of the Vaihingen datasets and up to 96% in the Hong Kong dataset. The results reveal that our approach of labeling different classes in terms of ALS point clouds is robust and bears significance for future applications, such as 3D modeling and change detection from point clouds.