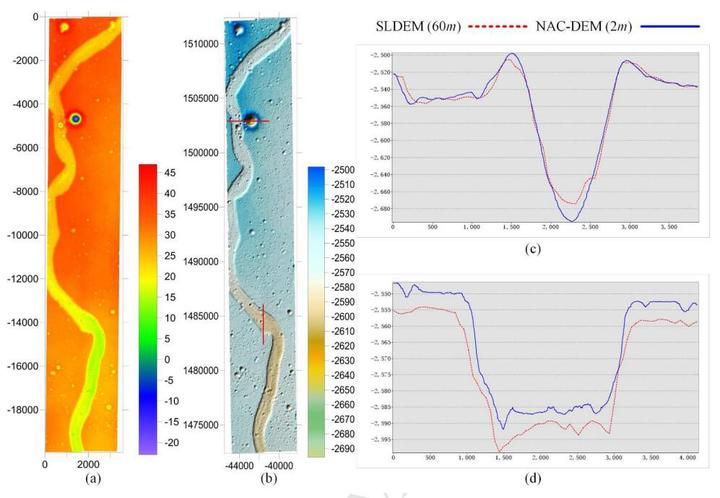 The narrow-angle camera (NAC) of the lunar reconnaissance orbiter camera (LROC) uses a pair of closely attached pushbroom sensors to obtain a large swath of coverage while providing high-resolution imaging. However, the two image sensors do not share the same lenses and cannot be modelled geometrically with a single physical model. The irregular image network leads to difficulties in conducting the block adjustment to remove inconsistencies between the NAC images in both intra- and inter-track cases. In addition, the special image network requires two to four stereo models, each with an irregular overlapping region of varying size. The stereo configuration of NAC images also creates severe problems for the state-of-the-art image matching methods. With the aim of using NAC stereo pairs for precision 3D topographic mapping, this paper presents a novel approach to the block adjustment and coupled epipolar rectification of NAC stereo images. This approach removes the internal inconsistencies in a single block adjustment and merges the image pair in the disparity space, thus requiring estimation of only one stereo model. Semi-global matching is used to generate a disparity map for the stereo pair; each correspondence is transformed back to the source image, and 3D points are derived via photogrammetric space intersection. The experimental results reveal that the proposed approach is able to reduce the gaps and inconsistencies caused by the inaccurate boresight offsets between the two NAC cameras and the irregular overlapping regions and to finally generate precise and consistent 3D topographic models from the NAC stereo images.